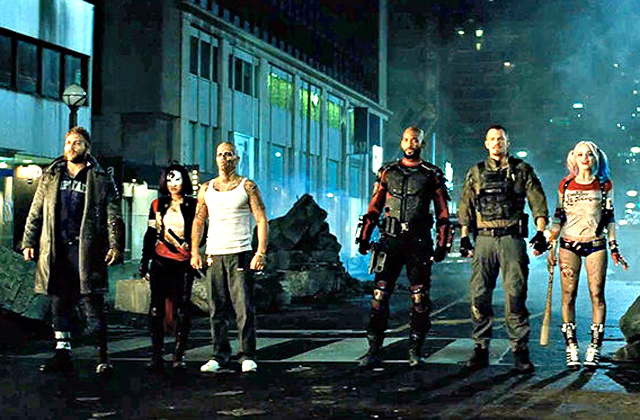 Through Batman Vs Superman and Suicide Squad, DC and Warner Bros problems were visible. Impatience. Hard fans of DC can defend them by trying to run to  DC Marvel chase, when Marvel roadmap, a clear strategy, has gradually built a strong empire cinema, the film has made some cash tmore or less. But that argument is not convincing enough. Starting no later than Marvel, but the individual and not the system, DC reboots a lot of things to attempt to build out its own cinematicexpanded universe.
Should have accepted that fact, and boldly adventurous in terms of time, to give the most complete works, works of equivalent quality Batman trilogy by Christopher Nolan. But, so sorry, but the hasty led the aggregate become a tangle of disjointed and clumsy as Batman Vs Superman, or turned into a movie Suicide Squad: empty, although in terms of entertainment, is extremely attractive.

Yes, Suicide Squad is not bad, if not to say that there are a lot of interesting attraction, and bring good quality. A film that I can focus completely followed with interest, sometimes even in the theater laughing. But the film characters were empty as the Joker in the film exactly. Joker interesting, but unfortunately, the cutting up of the film has made him the only heir. With the trailer before the film was released, showing a maniacal Joker, and any significant role in the Suicide Squad, on the other hand, in the drama, Jared Leto’s Joker represents only present a superficial madness, manufacturing as possible only to notice that the world exists in Suicide Squad him. In the latest interview Jared Leto, he has said that the Joker scenes were cut too much. I hope it will bring a better quality uncut when Suicide Squad disc. For now, the Joker goes ignored, Suicide Squad without him, at least among those who are worse working “well”.

The film has a very good start, each character in the Suicide Squad was introduced, with particular emphasis on Deadshot (Will Smith) and Harley Quinn (Margot Robbie).Flashbacks are cut up quickly to introduce the character, past, crimes were committed … Especially the cameo appearance of Batman and Flash impressive helps us relate to BVS and next film DC Justice League. Suicide Squad as its name implies, is a criminal group were selected to participate in a special project of the government under the direction of Amanda Waller (Viola Davis). Becauseafter the event of Batman Vs Superman, the government fears there will be new enemies, have supernatural powers as Superman. Since then, the Suicide Squad was formed, pawns in the hands of the government, with the head of Rick Flag (Joel Kinnaman), a government soldier.

David Ayer has passed an act of the script with a performance is not bad. Funny, interesting, very much suggest to viewers continue to watch with particular interest. But here, also clearly reflected the impatience of the montages, making episodes were shredded, superficial connections. Possibly, part of the reason is the pressure when David Ayer to handle entirely new characters, take them to the audience in a short amount of time too. Recently, it was reported in The Hollywood Reporter about David Ayer only 6 weeks to complete the script. A length too short. If the producer David Ayer or braver, and less thinking about the issue of revenue and the theater, to be ready to extend more movies, they would cycle more chin. We’re sorry, Batman Vs Superman tripped in the main be extended to the Suicide Squad to truly regrettable results.

But the film does not meet certain quality. Especially in the cast. Skip the Joker for the faint of the most interesting characters in the DC world Suicide Squad, Harley Quinn is extremely significant point. All of her scenes have become particularly important, in this crazy girl from balance every situation, in every circumstance extremely perfect. Harley Quinn and Margot Robbie actress has completely dominated the big screen, although in some extent, her role is not much role as Deadshot. Not difficult to recognize David Ayer has lovingly Harvey Quinn how, when focused on exploiting her past, flashback shots good enough machine to have a clear view, the mistress of the Joker, the insane, a broad smile, and attitude control of a situation where you are stuck in it. Harley Quinn Harley Quinn is that comic fans know, and certainly will grab the hearts of all the audience.

Suicide Squad meet the entertainment needs, needs to put DC fans though is hard fan or casual audience. The original work closely to build character brought a not bad results. The so bad here, as I said from the beginning that the impatient. The hasty making of the movie screen three unwise. Not difficult to recognize, a script was built hastily, is built according to the type of film where do think the script to it, making the joints are not sure. As the engine of the Suicide Squad rushed to accepting death to destroy the villain. Attitude, motivation and path heterogeneous story, somewhat strained make this work, which evidently hard to be pleased the discerning moviegoers. DC think everyone is a fan them, so they have the right to the story goes “naturally” or what? No, DC has added a further addition to the hasty error, it is the attitude and lack of demand and overlooked audience.

New movie should be empty. No depth, just like the “bad guys do bad things”, in certain respects, they go on to behave instinctively, that accompany the adoption of Rick Flag to dangerous places just like a display takes no more no less. The lack of convincing arguments. But let it go, the Quartet condemned the DC just to make more perfect the work ahead. Suicide Squad also not bad itself. It’s easy just to please the audience with a smile, so stop wriggling buttocks, or listless attitude of Harley Quinn. It pleased the audience with a rich emotional Deadshot, but cold as murder, and definitive attitude in their decisions. Special character and completely quiet El Diablo (Jay Hernandez), the restraining and inflates his really impressive, David Ayer has built a very good character.

Action sceens were just right enough, not fussy, not fancy and flashy as the other superhero movies, enough to get us excited to see. Combined with music from popular songs, the viewer can not help goosebumps from excitement, so at a certain level, DC has done its work in relative terms, Suicide Squad brought to the fans. Though half the world should have disparagingly, the other half remains in custody and satisfied, still criticized, but expect 1 DCEU more complete in the future rather than despair.

New York Trilogy by Paul Auster – The grimness of literature